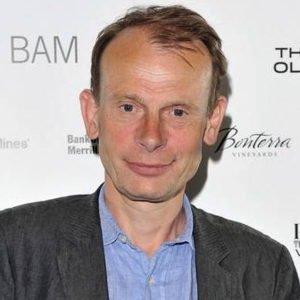 Who is Andrew Marr?

Andrew Marr is a British political commentator, political editor, TV presenter, and an author. His career began way back in 1981 and has been active ever since. Andrew Marr was born on 31 July 1959 in Glasgow, Scotland. His full name/birth name is Andrew William Stevenson Marr. His father’s name is Donald Marr who worked as an investment trust manager and his mother’s name is Valerie Marr. He also has a sibling, a sister named Lucy Marr.

He shared his childhood days, “My family are religious and go to church... and I went to church as a boy".

Talking about his education, he attended Craigflower Preparatory School, High School of Dundee, Loretto School. He then studied English at Trinity Hall, Cambridge and graduated from the same a first class honors degree. He, along with his wife, in July 2009, was awarded honorary doctorates from Staffordshire University.

Andrew Marr is a married man. He is married to political journalist Jackie Ashley and they had tied the knot in August 1987 in Surrey. They have a son named Harry Marr and two daughters Isabel Marr and Emily Marr together. Andre Marr's career began in 1981. He had joined The Scotsman as a trainee and junior business reporter. Three years later, he moved to London and became a parliamentary correspondent for the newspaper. In 1986, he became a political correspondent of the same newspaper.

Over the years Marr worked for several newspapers such as The Economist, The Independent,  Daily Express and The Observer.

In May 2000, Marr was appointed as a BBC political editor, the position he held until 2005. The title of other books are The battle for Scotland (1992), The Real Elizabeth: An Intimate Portrait of Queen Elizabeth II (2012), The Diamond Queen: Elizabeth II and Her People (2011), We British: The Poetry of a People (2015), among others.

Also read: David Visentin - Realtor, and Host of Love It or List It

On 8 January 2013, Marr was rushed to the hospital after he suffered a stroke at home. After almost 2 months in the hospital, he was discharged on 3 March. He returned to present his show The Andrew Marr Show on 1 September 2013. In May 2018, Marr underwent surgery for a malignant tumor on his kidney. The operation went well and his full recovery is expected.

His salary is estimated to be around $522k while the figure on his net worth is under review.