Who is Dannielynn Birkhead?

Dannielynn Birkhead is a teen model by profession and American by nationality. She is the daughter of late Playboy playmate Anna Nicole Smith (birth name Vicky Lynn Marshall) and Larry Birkhead.

Just three days after her birth, her 20-year-old half-brother Daniel Smith died of an overdose. Her name was also changed from Hannah to Dannielynn to honor her brother.

Her mother also passed away on February 8, 2007, as a result of an overdose of prescription drugs. Dannielynn Birkhead was 5 months old when her mother died. 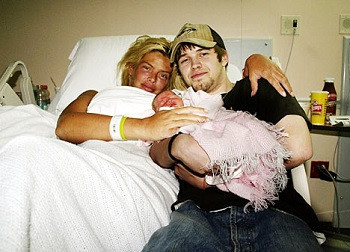 Currently the teenager Dannielynn Birkhead is in school and will be joining the high school in a few years. Her ethnicity is multi-ethnic (English, Scottish, French).

At the time when Dannielynn Birkhead was born, she was registered on her birth certificate as the daughter of Vicky Lynn Marshall and her live-in partner Howard K. Stern, who also was her attorney and agent.

However soon after her birth, Larry Birkhead who was also the former lover of Anna Nicole filed a lawsuit for Dannielynn’s paternity. Besides them, Alexander Denk, Mark Hatten, and Frédéric Prinz von Anhalt also claimed to be the father of the child.

On April 10, 2007, after DNA analysis, it was confirmed that Larry Birkhead was the father of Dannielynn. Her last name was eventually changed from Stern to Birkhead. After Anna Nicole Smith (Vicky Lynn Marshall) was buried next to her late son in the Bahamas, Dannielynn has declared the sole heir to her mother’s estate, which is estimated at around $700,000.

In August 2014 it was ruled out that Dannielynn Birkhead will not inherit $44 million from the estate of late E. Pierce Marshall, the son of J. Howard Marshall. Her mother Anna Nicole at the age of 29 had married 89-year-old J. Howard Marshall. They were married for 14 months, until his death in 1995. Her father Larry Birkhead had hoped Dannielynn would receive a substantial amount of money in sanctions.

At 16 months old Birkhead underwent surgery to correct strabismus, the condition in which the eyes do not align when focusing on an object.

As Birkhead is just in her early teens, she is considered a little young to start dating and start a relationship with a boyfriend. Currently, she is single and focused on her career and school. 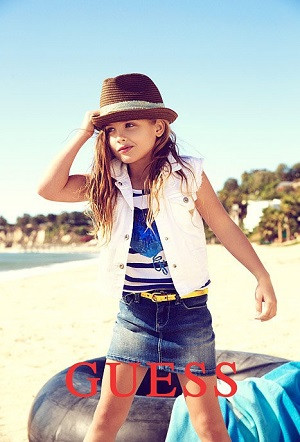 Birkhead began working as a model at the age of 6. She has been featured in a modeling campaign for Guess Kids and was the face of the Guess Girl Spring 2013 line.

Her net worth is estimated at around $3 million while her annual salary is under review. Most of her net worth comes from inheritance.