David Horovitch is an actor by profession and British by nationality. In his five-decade career, he is best known for starring in the TV series House of the Dragon as Grand Maester Mellos, Miss Marple as Inspector Slack, and the films The Creeping, The Nun, and Summerland. David Horovitch was born on 11 August 1945 in London, England, UK as David Clement John Horovitch. His non-Jew mother Alice Mary worked as a teacher while his Jewish but atheist father Morris Horovitch worked as a childcare worker. There is no information if he is the only child of his parents or if he was raised with his siblings.

For education, David Horovitch attended the St Christopher School in Letchworth. He also enrolled at the London Royal Central School of Speech and Drama during his adolescent life.

David Horovitch married his girlfriend Jane Elizabeth Gwynn Roberts on 27 May 1967 after years of dating. He and his wife welcomed two children together- sons Tom Horovitch, and Francis Horovitch. The couple separated in 1985 and eventually divorced in 1985.

Currently, he is currently believed to be single. After graduating from college, Horovitch made his screen debut in a 1970 episode of the TV series Manhunt. David Horovitch in House of the Dragon (Image: BT)

On the set of House of the Dragon, David Horovitch has worked with Julian Lewis Jones, John Macmillan, Wil Johnson, David Hounslow, and Luke Tittensor.

The figure on the net worth and annual salary of David Horovitch is under review. 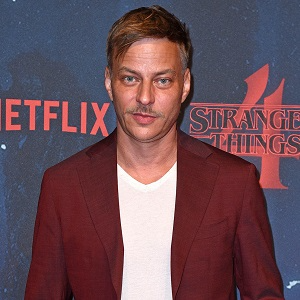