Who is Emily Beecham?

Emily Beecham is an actress with dual nationality- American and British. She is well known for appearing in the films Hail, Caesar!, Daphne, Little Joe, and the TV series Into the Badlands.

Emily Beecham was born on 12 May 1984 in Wythenshawe, Manchester, England. Her English father worked as an airline pilot while the profession of her American mother is not known. She also has a sibling, a brother named TC Beecham. After graduating from high school, Emily Beecham attended the London Academy of Music and Dramatic Art (LAMDA). She graduated in 2006 with a BA.

Her ethnicity includes English and Caucasian.

She was in a relationship with German actor Maximilian “Max” Befort. Although she has not updated her relationship status, she is believed to be single now.

Beecham was still a final year student at LAMDA when she was cast in the TV thriller film Bon Voyage as Rachel Aldred. Her following roles include in the films Rise of the Footsoldier (2007) and in episode(s) of the TV series The Innocence Project (2007), Lewis (2008), Unforgiven (2009), etc.

In 2009 the film The Calling, in which Emily Beecham starred as the main character Joanna, was released. The net worth and annual salary of Emily Beecham are under review. 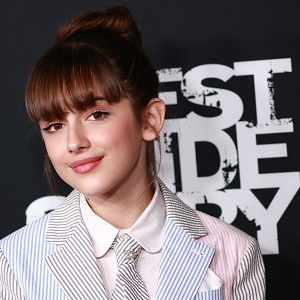