Who is Eric Dane?

Eric Dane is an actor by profession and American by nationality. He is well known for starring in the TV series Grey's Anatomy, The Last Ship, Euphoria, and films Marley & Me, Valentine's Day, Burlesque. Eric Dane’s birth took place on November 9, 1972, in San Francisco, California, USA. His full name is Eric William Dane. His mother’s name is Leah Dane and his father’s name is William Melvin, who died of a gunshot wound when Eric was 7 years old. He and his sibling- the younger brother were raised by their grandmother in the Jewish faith.

For education, Eric Dane attended Sequoia High School and San Mateo High School. He graduated from the later in 1991 and was an athlete in high school. He played on his boys' varsity water polo team.

Dane was in a relationship with Lara Flynn Boyle, but he and his girlfriend separated.

He went on to date and eventually married Rebecca Gayheart on October 29, 2004. Eric Dane and his wife welcomed two children together- daughters Billie Beatrice Dane (born March 3, 2010) and Georgia Geraldine Dane (born December 28, 2011). However, in February 2018, Gayheart filed for divorce.

He is currently single. Although Dane was an athlete in high school, he pursued a career as an actor after appearing in his school production of Arthur Miller's three-act play All My Sons. In 1993, he moved to Los Angeles to launch his career in films and TV series.

Finally, in 2003, Dane was cast as Jason Dean in the TV series Charmed which is considered his breakthrough role. He portrayed the character for a total of nine episodes, until 2004. He has been nominated for Screen Actors Guild Awards-Outstanding Performance by an Ensemble in a Drama Series in 2006 and 2007.

Dane was involved in controversy after a video of him, his ex-wife, and actress Kari Ann Peniche doing drugs while nude was released. In June 2011, he admitted himself to treat a prescribed drug addiction that had been given after suffering a sports injury.

While filming The Last Ship, in April 2017, the production had to be halted to deal with Eric Dane’s depression.

The net worth of Eric Dane is estimated to be around $7 Million while the figure on his annual salary is under review. 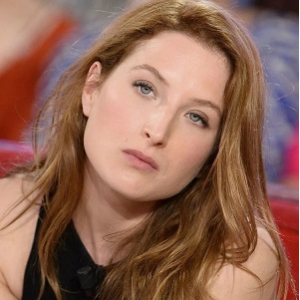