Who is Hilary Farr?

Hilary Farr is an actress, and TV host by profession, and British, Canadian by nationality. She is best known for hosting HGTV and W Network’s Love It or List It with actor and realtor David Visentin. Hilary Farr’s birth took place on August 31, 1951, in Toronto, Ontario, Canada. She was born as Hilary Elizabeth Labow to Caucasian parents and raised in London, England.

Other details of her early life including that of her father, mother, siblings, childhood, and the rest of her family have not been shared with the public.

After completing her education from high school, Hilary Farr went on to study at Ryerson University. She belongs to the Caucasian ethnicity.

Hilary Farr married her longtime boyfriend Gordon Farr on 12 September 1982. She and her husband have a child together but the name and other details of their son have not been publicized. However, this marriage did not last and they divorced before the year 2008.

Currently, her relationship status is taken as single, although a secret romance cannot be ruled out. Hilary Farr with her son in August 2013 (Image: Twitter)

Growing up Hilary Farr was interested in theatre and interior design. After moving to Los Angeles, she bought various properties and renovated them. Meanwhile, she auditioned for acting roles under the name Hilary Labow.

In 2008 Farr was signed with W Network, Big to co-host Love It or List It alongside David Visentin. The show broadcasted on HGTV and W Network. Moreover, she has served as a judge on Search for the Next W Expert 2010, Brother Vs. Brother, guest appearances on The Marilyn Denis Show, CNN, USA Today, etc.

Hilary Farr co-founded the real estate investment seminar series Rules of Renovation in 2017, is the president of Hilary Farr's Designs, and is a contributor at HuffPost Live (2014). Hilary Farr, David Visentin has been hosting Love It or List It for more than 11 years (Image: House Beautiful)

Her net worth has been estimated at around $8 million while the figure on her annual salary has not been shared with the public. 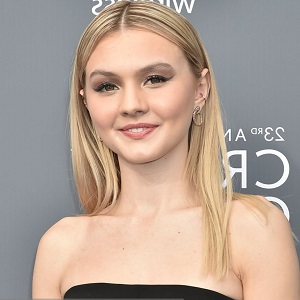