Who is Jennifer Tilly?

Jennifer Tilly is an actress, poker player by profession, and American, Canadian by nationality. World Series of Poker Ladies' Event bracelet winner landed her breakthrough as Olive Neal in the film Bullets Over Broadway. Since then she has starred in the films House Arrest, Stuart Little, Tideland, and Cult of Chucky.

Jennifer Tilly was born in Los Angeles, California, USA as Jennifer Ellen Chan. Her birthdate falls on September 16, 1958. Her father Harry Chan, who was of Chinese descent, worked as a used car salesman while her mother Patricia (née Tilly), who was of Irish and Finnish ancestry, worked as a schoolteacher. Patricia also was a former stage actress.

Her parents divorced when Tilly was just five years old. After her mother remarried John Ward, she and her three siblings- older brother Steve Tilly and younger sisters Meg Tilly and Rebecca Tilly were raised by her mother and stepfather on rural Texada Island in British Columbia. However, Meg and Beckey described Ward as a sadistic pedophile while Jennifer Jennifer did not comment on the matter.

When Jennifer Tilly was 16 years old, her mother divorced again and moved the family to Victoria. Meg and Steve too have taken in their mother’s footsteps and is an actor/actress. Meg is also a successful writer. For education, Jennifer Tilly attended Belmont High School. She went on to enroll in the undergraduate program at Stephens College and graduated from the same with a Bachelor of Arts degree in Theater.

Tilly married her boyfriend Sam Simon in October 1984. Simon is an American director, producer, and writer best known as the developer and producer of The Simpsons. She and her husband (now ex-husband) divorced in March 1991. Although they did not have any children together, they remained good friends until Simon’s death on March 8, 2015, of colorectal cancer.

Since 2004, Jennifer Tilly has been in a romantic relationship with poker player Phil Laak (aka "The Unabomber"). The couple had first met at a charitable invitational poker tournament and to date seem happy together and often feature each other on social media. Jennifer Tilly and Phil Laak have been together since 2004 (Image: Pinterest)

She finally landed her breakthrough role as Olive Neal in the film Bullets Over Broadway (1994). Tilly also took up her father’s hobby- a poker player as well as a gambler. Although she first learned about poker in the video game World Series of Poker, her then-boyfriend was the one who taught her the real game. She went on to play professionally, competing against 600 other players and winning the World Series of Poker bracelet (including $158,625) in the Ladies' No-Limit Texas hold 'em event on June 27, 2005. The same year on September 1, Jennifer Tilly won the third World Poker Tour Ladies Invitational Tournament.

She went on to appear in the GSN Poker Royale series, Celebrity Poker Showdown. In the latter, she was defeated by Ida Siconolfi, an online poker champion. In December 2008 Tilly unexpectedly announced her retirement from poker. But with the ever-increasing popularity of poker, she once again returned as a professional poker player in January 2010. The net worth of Tilly is estimated at around $25 million while the figure on her annual income/salary is unknown. 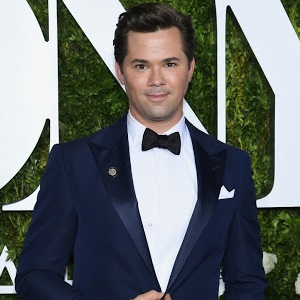