Who is Josephine Langford?

Josephine Langford is an actress by profession and Australian by nationality. She is well known for portraying Tessa Young in the films After, After We Collided.

Josephine Langford was born on 18 August 1997 in Perth, Western Australia, Australia. She was raised in Applecross by her father Stephen Langford, a flying doctor as well as the director of medical services at the Royal Flying Doctor Service Western Operations, and mother Elizabeth Green, a pediatrician.

Her parents raised her with her older sibling, older sister Katherine Langford, who is also an actress. As Josephine Langford is very private about her personal life, there is not much to say about her romantic relationships. Although many did speculate that she is dating her co-star Hero Fiennes Tiffin, it turned out to be false.

She is currently believed to be single, sans boyfriend.

Langford began taking acting classes at the age of 12 at Perth Film School. She was only 14 years old when she began appearing in the short films Sex Ed (2013), When Separating (2013), and Gypsy Blood (2014). Her debut film was Pulse (2017) followed by appearances in the horror film Wish Upon, the same year.

Her TV debut was in an episode of the Australian series Wolf Creek  (2017) as Emma Webber.

In July 2017 Josephine Langford was cast as Tessa Young in the film After. The film, which was released in 2019, grossed $69.7 million worldwide and is considered her breakthrough role. Since then she has portrayed character(s) in After We Collided (2020), Moxie, After We Fell (2021), After Ever Happy (2022).

Moreover, she has also appeared in a 2019 episode of the TV series Into the Dark. On the set of After We Collided, Josephine Langford has worked with Hero Fiennes Tiffin, Candice King, Samuel Larsen, Rob Estes, Dylan Arnold.

In 2019 Langford was awarded the Teen Choice Awards - Choice Drama Movie Actress for her work in the film After.

The net worth and annual salary of Langford is under review.

Tags : Josephine Langford actress After After We Collided Katherine Langford 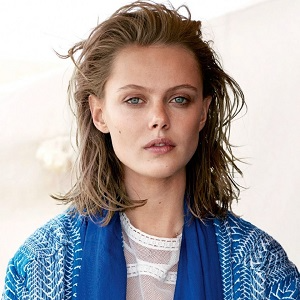 Julia Butters Bio, Wiki, Age, Parents, The Rusted, American Housewife, Once Upon a Time In Hollywood, Height, Net Worth