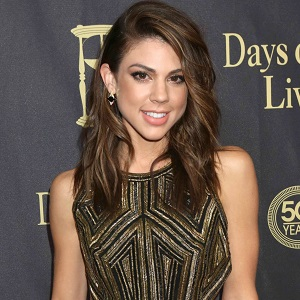 Who is Kate Mansi?

Kate Mansi is an actress by profession and American by nationality. She is well known for starring in NBC serial Days of Our Lives as Abigail Deveraux for which she is awarded 2017’s Daytime Emmy Award for Outstanding Supporting Actress in a Drama Series.

Kate Mansi’s birth took place on September 15, 1987, in Calabasas, California, USA. She was born as Katharine Theresa Rose Morris to mother Victoria Morris, a dancer, and father Jeff Mansi. She also has a sibling. Her older sister Lexa Mansi Morris now works as an art director in Hollywood films. 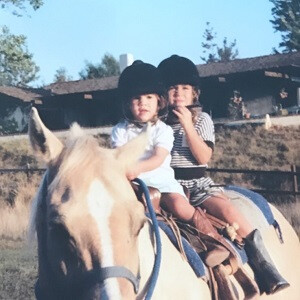 Her parents divorced when she was young and both later remarried. She also has five step-siblings.

After graduating from high school Kate Mansi went on to study at film and public relations at Pepperdine University. She graduated from the same with a Bachelor of Arts degree. Her ethnicity is Irish and Italian.

She was in a relationship with Casey Deidrick in 2012. The couple dated for less than a year before breaking up.

Kate Mansi went on to date Blake Levin and got engaged to her longtime boyfriend in June 2019. Their plans for a wedding in the summer of 2020 dwindled amid the coronavirus pandemic. 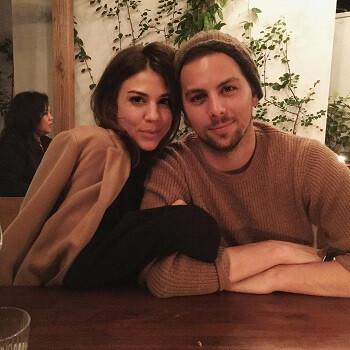 She is yet to marry, take Levin as her husband. She does not have children from any of her previous affairs.

Mansi was still a child when her mother, who is also a dancer, enrolled her in dance classes. As she grew so did her love for dancing. At the age of 15, she joined the Pacific Festival Ballet and in her college years, she competed in the National Womack Speech Competition. Moreover, she volunteered in the Dominican Republic and Haiti.

Since starting her career as an actress in 2008, Kate Mansi has had guest appearances in an episode(s) of TV series How I Met Your Mother (2008), Small Shots (2017). Most of all she is best known for starring in Days of Our Lives as Abigail Deveraux. She portrayed the character as a series regular from 2011 to 2016. In 2018 she resumed the role. 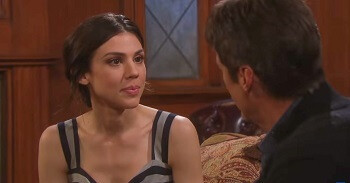 Kate Mansi in Days of Our Lives (Image: Hollywood Hiccups)

On the set of Days of Our Lives, Kate Mansi has worked with Linsey Godfrey, Eileen Davidson, Sal Stowers, Kyle Lowder, Bryan Dattilo. 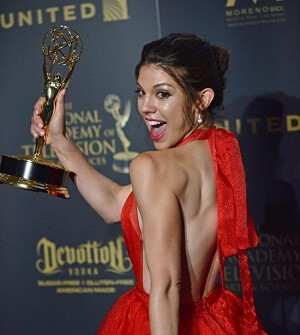 The figure on Mansi’s net worth and annual salary is under review.