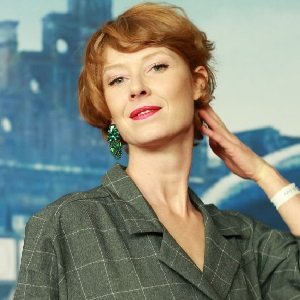 Sarah Bauerett is a German actress well known for starring in Tribes of Europa, Split Homicide, and Tatort. Sarah Bauerett’s birth took place in Aachen, Germany, and in the year 1984 but the month and day of her birth are hidden from the public. Also the details of her early life and names of her mother, father, siblings are unknown. Her parent’s occupation is also not shared with the public.

For education, Sarah Bauerett attended the Elizabeth Selbert Comprehensive School where she finished grade ten. She went on to complete her technical college entrance qualification and joined Studiobühne Siegburg where she took singing, piano, dance, and acting lessons while playing in various bands.

In 2004 she enrolled at the University of Music and Performing Arts in Frankfurt am Main, graduating from the same in 2008.

The relationship status of Sarah Bauerett is not yet been clarified. In April 2019 she posted a picture of a boy and a man, calling the boy her son. She did not, however, clarify if the man is her husband, boyfriend, relative, or ex. Bauerett began her career while still a university student, mostly in the theatres. From 2005 to 2007 she worked at The Schauspiel Frankfurt and in 2008 played Helena in the stage play Faust II at the German National Theater and Staatskapelle Weimar. Sarah Bauerett went on to work in plays for the  Württemberg State Theater in Esslingen (2008-2009) where she appeared in Cabaret as Sally Bowles, the title character in Emilia Galotti, as Virginia in Galileo's life, and as Natascha in Night Asylum.

At the Staatstheater Oldenburg Theater, she played Princess Natalie in Prince von Homburg, Manja in The Auditor, Natalie in Kinder des Olymp, Marie in Woyzeck, Ophelia in Hamlet, among others. On the set of Tribes of Europa, Sarah Bauerett has worked alongside Henriette Confurius, Sebastian Blomberg, Adriana Ugarte, Jannik Schümann, and Oliver Masucci.

The net worth and annual salary of Sarah Bauerett are under review.