Shannon Chan-Kent is a professional voice actress, singer, dancer, and Canadian national. She is best known for voicing Silver Spoon, Smolder, and singing the voice of Pinkie Pie in My Little Pony: Friendship Is Magic.

Shannon Chan-Kent’s birth took place on September 23, 1988, in Vancouver, British Columbia, Canada. She was born to her Caucasian mother Linda-Mae and her Chinese father Bob Chan-Kent.

She is not the only child of her parents and three sisters- older sisters Hilary Johal, and Lindsay Chan-Kent and younger sister Marissa Danielle. After graduating from high school, Shannon Chan-Kent went on to study at the University of British Columbia. She earned a bachelor's and master's degrees in Opera from the same. Her ethnicity is multi-ethnic (Caucasian, Chinese).

Shannon Chan-Kent has been in a relationship with her boyfriend Jeremy Schutze since the mid-2010s. The couple has romantic dates, which she often shares on her social media pages.

She is yet to get married and take him as her husband. As she has never been married, she is sans husband or children. Since starting her career in the early 2000s, Chan-Kent has found success in her field a voice actress.

Throughout the years she has voiced characters in film series of Barbie, Care Bears, Corner Gas Animated, Chuck's Choice, Kong: King of the Apes, Madeline, My Little Pony, Sabrina's Secret Life, Slugterra, Supernoobs, The Little Prince, to name a few.

Moreover, she has starred in live-action of Death Note1, 2, Samurai Girl, El Chavo del Ocho, Spectacular!, Life Sentence, Sonic the Hedgehog, in Supergirl as Elizabeth Hawkings, among others. In addition, Shannon Chan-Kent is also an actress, having performed with the Vancouver Metropolitan Orchestra and local theater productions. Her net worth is estimated at around $250,000 while the figure on her annual salary is not shared with the public. 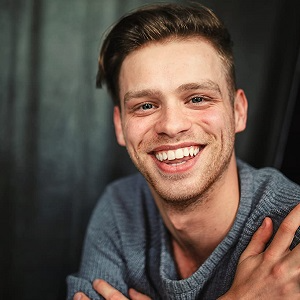