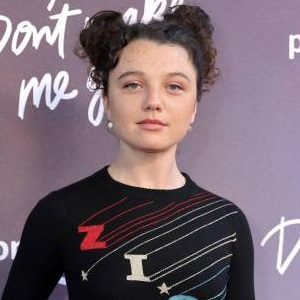 Who is Stefania LaVie Owen?

Stefania LaVie Owen is an actress by profession and American, New Zealander by nationality. She is best known for starring in the TV series Running Wilde, The Carrie Diaries, Sweet Tooth, Chance, and in the films Paper Spiders, Don't Make Me Go.

Stefania LaVie Owen’s birth took place on December 15, 1997, in Miami, Florida, USA. Her Cuban-American mother’s name is Margarita Owen and her New Zealander father’s name is Mark Owen. She is not the only child of her parents and has two siblings- older sister Carly Raque Owen, and younger sister Lolo Owen.

The Owen family moved to New Zealand when Stefania LaVie Owen was four years old where they settled in a village named Pauatahanui.

The records on the relationship and dating history of Stefania LaVie Owen are surprisingly wanting. She seems to keep her love life, and boyfriend from the public and focus on her career. Having developed an unquenching interest in acting and performance, Owen started to participate in school plays for which she won numerous cups. Her debut screen role was in the 2009 film The Lovely Bones as Flora Hernandez. Her next role was the recurring character of Puddle Kadubic in the TV series Running Wilde (2010-2011).

Finally, in 2013, Stefania LaVie Owen was cast as Dorrit Bradshaw in the American teen comedy-drama series The Carrie Diaries. She portrayed the character for a total of 26 episodes from 2013 to 2014 and is her breakthrough work. The net worth of Stefania LaVie Owen is estimated at around $3 million while the figure for her annual income is not clear.