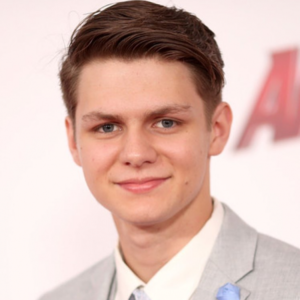 Who is Ty Simpkins?

Ty Simpkins starred along with his sister Ryan Simpkins, also an actress in Pride and Glory and  Revolutionary Road. Starting to act at just 3 weeks old, this rising star has already starred in blockbuster movies such as Iron Man, Jurassic Park, Insidious, and Avengers: Endgame.

Ty Simpkins was born on August 6, 2001, in New York City, New York, U.S.A. His father’s name is Stephen Simpkins and his mother’s name is Monique Simpkins. He has two siblings, he is the youngest. One of his siblings is an older sister named Ryan Simpkins, who is also an actress. Ty Simpkins was rumored to be dating Jordan Wilson in 2015. He posted a picture with Jordan on Twitter with the caption “My Girl” on August 25, 2015. Fans were not sure if she is actually his girlfriend. As of 2019, he seems to be single.

Speaking of marriage, wife, and children, he is far too young to be married and have children.

Ty Simpkins’s career in acting began exceptionally early- at just 3 weeks old. His role was on One Life to Live where he co-played John "Jack" Cramer. Soon, he landed the role of Jude Cooper Bauer, a recurring character in Guiding Light, and played the same character for about four years. Source: Collider (Ty Simpkins in the set of insidious 2)

After all these successful roles, he went on to act in The Next Three Days (2010), Insidious (2011), Insidious: Chapter 2 (2013). Among all his roles, Ty Simpkins is best known as a boy named Harley Keener in Marvel’s Iron Man 3, alongside Robert Downey Jr, as Iron Man’s sidekick.

In one of the most anticipated movies of 2019, Avengers: Endgame, he reprised the role of Harley Keener. Source: ScreenCrush (Ty Simpkins on the set of Iron Man 3)

Among the nominations, he won the 2016 Saturn Award in the category Best Performance by a Younger Actor for his role in Jurassic World.

Source: yibada (Nick Robinson and Ty Simpkins on the set of Jurassic World )

The net worth of Simpkins is estimated at around $2 million while the figure on his annual income is unknown.