Who is Ali Skovbye?

Ali Skovbye is an actress by profession and Canadian by nationality. As the younger sister of actress Tiera Skovbye, she is also famous for starring in the TV series/films Supernatural, Hallmark's When Calls the Heart, Firefly Lane, and Lifetime's A Predator's Obsession.

Ali Skovbye’s birth took place on May 16, 2002, in Vancouver, Canada. She was born as Alissa Skovbye to her mother Tine Skovbye while the identity of her father is not known. She is not the only child of her parents and has a sibling, an older sister Tiera Skovbye who is also a well-known actress. 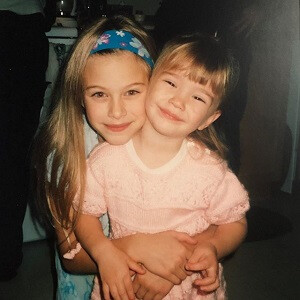 Although Ali Skovbye has not revealed her educational history, her age suggests that she is in the class of 2020 and will be graduating soon. Her ethnicity is Swedish and Danish.

Currently, Skovbye is believed to be single. There have been no records of her past boyfriend and relationships. Skovbye started her career at a young age. She was just four years old when she was discovered by a talent scout and appeared in a national car commercial. The following year she transitioned to film and TV after she landed a supporting role in the film Personal Effects (2009) as Beth.

Ali Skovbye has guest-starred in a string of TV series including Supernatural, Fringe, Smallville, and Motive, and has a recurring role in ABC’s Once Upon a Time, TNT’s Falling Skies, Amazon’s The Man in the High Castle, Hallmark’s When Calls the Heart.

She has also portrayed roles in the movies One Christmas Eve, Campfire Kiss as Lacey Reynolds, The Corruption of Divine Providence as Jeanne Seraphin, Lifetime’s Blind at 17 as Abigail Jones, and Lifetime’s A Predator's Obsession. Other series in which she starred include the Netflix series, Firefly Lane, as Tully Hart. She was nominated for a Young Artist Award for her role in the film One Christmas Eve and won a Joey Award for best leading actress.

The figure on Ali Skovbye’s net worth and salary is under review and will be updated.