Who is Alton Mason?

Alton Mason is an actor, model by profession, and American by nationality. He portrayed Little Richard in the film Elvis, he is the first black male model to have walked for Chanel.

Alton Mason’s birth took place on 21 November 1997 in Nebraska, USA as Alton Devon Mason. His father Alton Mason Sr. is a former professional basketball player while the name of his model mother is not known. His parents raised her alongside his four siblings, among which he is the oldest. The names of his brother and/or sisters are not known. 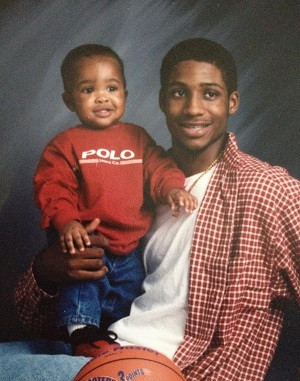 At the age of 17 Alton Mason moved away from Arizona to attend American Musical and Dramatic Academy where he studied dancing and acting. His ethnicity is African-American.

Alton Mason was rumored to be in a relationship with Anok Yai. There are no details of his past girlfriends, boyfriend, or partners.

With the help of choreographer Laurieann Gibson, Mason was able to secure the position of backup dancer for P Diddy at the 2015 BET Awards. This eventually led him to be signed with a modeling agency. Alton Mason’s discovery on Instagram and subsequent cast for Kanye West's Yeezy Season 3 show at Madison Square Garden took a successful career turn.

Two years down the road he walked the ramp for the Gucci Fall 2017 show at the Milan Fashion Week. Alton Mason is the first black male model to have walked for Chanel. Since his career set, he has modeled for top brands including Gucci, Versace, Fendi, Valentino, Puna, Karl Lagerfeld, Louis Vuitton, and Tom Ford, to name a few.

Mason had a career change in 2020. He filmed a music video for his first single "Gimme Gimme" in Lagos, Nigeria which is the soundtrack for the short film Rise in Light. He raised $10,000 to feed & supply 300+ families in Lagos for a month during the pandemic.

As an actor, he portrayed Little Richard in the biopic Elvis. The net worth of Mason is estimated to be around $200 thousand while the figure on his annual salary is under review.