Who is Amanda Holden?

Amanda Holden is a well-known British singer, presenter, and actress. Most of all she is best known as a judge on the talent show Britain's Got Talent. Read on to know about her and her time-defying youth.

Amanda Holden was born on 16 February 1971 in Portsmouth, Hampshire, UK. Her full name/birth name is Amanda Louise Holden. Her father’s name is Frank Holden and her mother’s name is Judith Mary Harrison. She has a sibling, a younger sister named Debbie Holden who is now a model.

Holden was brought up in Bishop's Waltham and years later at the age of 9, she attended Bishop’s Waltham Little Theatre Company which marked the starting point of her career in acting. 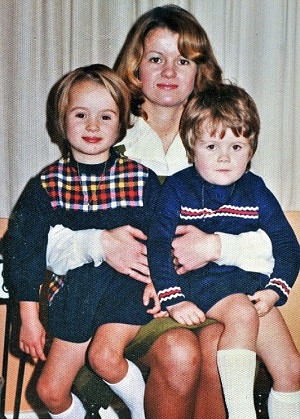 She attended Swanmore Secondary School and at the age of 16, she moved to Bournemouth. There she enrolled at Mountview Academy of Theatre Arts. In November 2019, she was awarded an honorary doctorate by her drama school.

Her ethnicity is English and Cornish.

Amanda Holden and comedian Les Dennis married on 4th June 1995. But she had an affair with actor Neil Morrissey which was exposed by the media. So Amanda and Dennis temporarily separated in 2000 before separating permanently in December 2002. Their divorce was finalized on 18th November 2003. She then became pregnant with her first child with her then-fiancé, Chris Hughes, a record producer. She gave birth to daughter Alexa Louise Florence Hughes on January 20, 2006.

After 4 years of engagement, Holden and Hughes married on December 10, 2008, at Babington House, Somerset. The best man at their wedding was David Coulthard,  a former Formula One racer.

The couple suffered a miscarriage after 4 months of pregnancy in May 2010 followed by a stillborn son named Theo Hughes on February 1, 2011. She was pregnant with Theo for 7 months.

The couple’s daughter Hollie Rose Hughe was born on January 23, 2012, at the age of 40. She did not see her daughter for 3 days after giving birth due to them being in critical condition. Amanda returned to work as a judge in Britain's Got Talent a month after Hollie was born. As in movies, Holden has played the role of Pamela in Intimate Relations (1996), as a shoe shop assistant in Virtual Sexuality, and was given an uncredited role in the movie One Chance (2013).

Currently, she is a judge on the reality show Britain's Got Talent and has been on the show since 2007. Other judges are Simon Cowell, Alesha Dixon, David Walliams, and Piers Morgan. In July 2009, she joined the British newspaper News of the World as a gossip columnist. And in October 2013 she published her autobiography called No Holding Back which went on to become a Sunday Times bestseller.

Her net worth has been estimated to be around $6 million while her annual salary is known to be more than $649k.