Who is Claudia Jordan?

Claudia Jordan is an actress, model, and reality TV star by profession and American by nationality. She is well known for her appearance on Deal or No Deal, The Price Is Right, Celebrity Apprentice, and Real Housewives of Atlanta.

Claudia Jordan’s birth took place on April 12, 1973, in Providence, Rhode Island, USA. She was born Claudia Angela Jordan to her Italian mother Teresa Jordan and her father Larry Jordan Sr. of African-American descent. They had met when he was in the U.S. Air Force, stationed at Brindisi, Apulia.

She is not the only child of her parents and has two siblings, a brother named Larry Jordan, Jr. and a younger sister whose name has not been publicized. For education, Claudia Jordan attended East Providence High School where she was a sprinter. She had earned all-state honors in track and field.

After graduation, she went on to study at Baldwin Wallace University where she competed in three Junior Olympics and became an All-American sprinter in the 400-meter relay. Claudia Jordan graduated from there with a major in broadcasting and journalism.

Her ethnicity is multi-ethnic (Italian,  African-American).

Claudia Jordan married her longtime boyfriend Datari Turner on 28 November 2009. Turner is a successful producer, and writer. However, this marriage did not last more than a year. She and her husband of 1 year ended their marriage in annulment, which was finalized on 29 December 2010. They did not have any children together.

Formerly Jordan had dated Ginuwine (1997), Nelly (2002), Trey Songz (2009), and Medina Islam. Currently, she is in a relationship with Kendal Dismute, a former civil engineer, and realtor. Since her pageant days, Claudia Jordan has appeared in music videos for Ginuwine's music video Only When Ur Lonely and Joe's music video I Wanna Know. After appearing in a series of TV commercials for Coors Light, Sears, Pepsi, and Visa. Claudia Jordan worked as a model for the CBS game show The Price Is Right (2001-2003).

In 2014 Claudia Jordan was cast in season 7 of Bravo TV’s hit show The Real Housewives of Atlanta (RHOA) as a series regular. In season 8 of the reality show RHOA, she had guest appearances. In 2016 she starred in the reality show The Next:15. 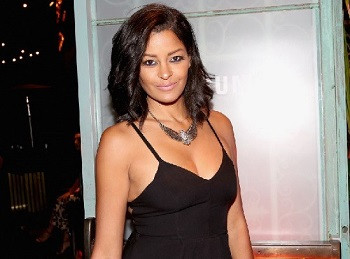 Her net worth has been estimated at around $1.5 million while the figure on her annual salary has not been publicized.