Who is Joel Basman?

Joel Basman is a professional actor. The Swiss-Israeli personality is well known for appearing in the films Kursk, A Hidden Life, The King's Man. Joel Basman’s birth took place on 23 January 1990 in Zurich, Switzerland. His Swiss mother and Israeli father raised him in Aussersihl alongside his older sister, who now lives in Israel. Both his parents were tailors in the Swiss fashion industry.

Joel Basman is currently single. Not much has been notified of the actor when it comes to his romantic relationships and girlfriend(s).

Basman began his career as a professional actor in 2004. One of his beginning roles was as Zizou in the soap opera Lüthi und Blanc followed by appearances in the films Mein Name ist Eugen (2004), Breakout (2006), Cannabis – Probieren geht über Regieren (2006), Tausend Ozeane (2007), 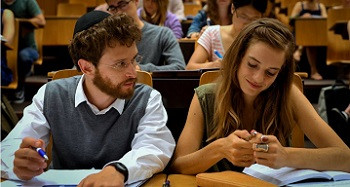 Joel Basman in Wolkenbruch's Wondrous Journey Into the Arms of a Shiksa (Image: Twitter)

He was awarded the Swiss Film Award for Best Actor (2019) for his performance in The Awakening of Motti Wolkenbruch.

The net worth and salary of Basman are not known.