Who is Mark Humphrey?

The Canadian Mark Humphrey is best known for starring in the TV series E.N.G. as Jake Antonelli and in Iron Eagle II as Captain Matt Cooper, The Wives He Forgot, and Still Small Voices. His only child son Luke Humphrey is also an actor. Know more about the veteran actor. 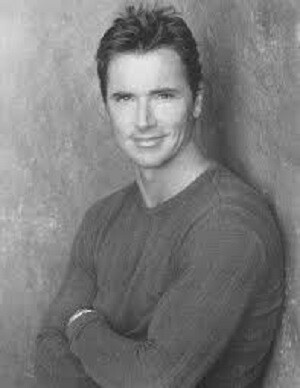 Mark Humphrey’s birth took place on December 27, 1960, in Vancouver, British Columbia, Canada. Born as Mark Adrian Humphrey to his mother Sidney Humphrey and father Jack Humphrey, he is not the only child of his parents. His four siblings include- three brothers John Humphrey, Paul Humphrey, and Andy Humphrey, who are all musicians, and a sister Lesley Humphrey, who is a former Ford model.

His father worked in the entertainment industry as well and was a producer and writer who had written a pilot for the sitcom Flappers, and a writer and executive producer of episodes of Silver Spoons.

Following high school graduation, Mark Humphrey moved to New York City where he studied acting at the Lee Strasberg Theatre and Film Institute. After five years in New York, he returned to Toronto and eventually settled in California. His ethnicity is unknown.

Mark Humphrey married his longtime girlfriend Wendel Meldrum. The couple had first on the set of the 1985 film American Playhouse: Breakfast with Les and Bess. With his wife, he welcomed his son Luke Humphrey on June 12, 1987, in California. Luke is also an actor, famed for appearing in the films The Manhattan Project (2019), Star Trek: Discovery (2017), and Pat's Big Question.

After years of marriage, the pair separated and later divorced. The timeline of their relationship and marriage is not known. Currently, Mark Humphrey is believed to be single. Humphrey started his professional career as an actor in 1985. One of his first roles was the role of Dir. Pat Williams, a supporting lead in the Hallmark film Christmas Bells Are Ringing.

Over the years Mark Humphrey has starred in dozens of films, and series belonging to a number of corporations -  Lifetime, Hallmark, ABC, CTV, HBO, and CBC.

He has portrayed roles in Lifetime’s Run For Your Life, Little Girl Lost: The Delimar Vera Story, Encounter With Danger, The Wives He Forgot, E.N.G. as Dr. Various, Killer in the Guest House (2020), Hallmark’s When Calls The Heart, NBC’s She Spies, Showtime’s Reckless Disregard, CBC’s The King Of Kensington, HBO’s Phillip Marlowe, etc.

He also appeared in the 2005 film Cruel But Necessary with his now ex-wife Wendel Meldrum and their son Luke Humphrey. Mark Humphrey, Lori Loughlin in When Calls the Heart (Image: My Devotional Thoughts)

On the set of When Calls the Heart, Mark Humphrey has worked with Erin Krakow, Daniel Lissing, Chris McNally, and Paul Greene.

The figure on Humphrey’s net worth and annual salary is unknown.

On social media sites Instagram, Twitter, and Facebook, Mark Humphrey is followed by thousands of followers. He shares posts of his vacations, getaways, work, and with his son.