Who is Rick Steves?

Rick Steves is an author, activist, travel writer by profession, and American by nationality. He has been hosting Rick Steves' Europe since 2000 and is also the host of the radio show Travel with Rick Steves.

Rick Steves’ birth took place on May 10, 1955, in Barstow, California, USA. He was born to his father Richard John Steves, a high school band director and piano technician, and his mother June Erna Steves. He is not the only child of his parents and has two siblings – sisters Jan and Linda.

After graduation from high school Rick Steves was educated at the University of Washington. He graduated in 1978 with a major in European history and business administration. 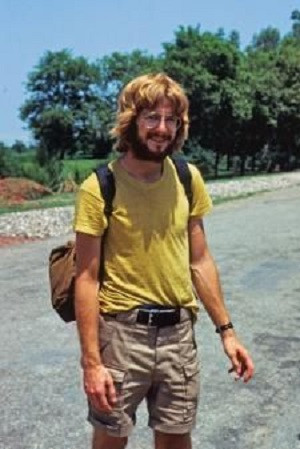 Rick Steves married his longtime girlfriend Anne Marie Jenkins in 1984. They have two children together- son Andy Steves and daughter Jackie Steves, who are both adults now. However, after years of marriage, he and his wife divorced, which was finalized on 5 March 2010.

Andy has followed in his father’s footsteps and founded his own travel company, Weekend Student Adventures Europe. Currently, Rick Steves seems to be a single man. Rick Steves was just 14 years old when he took a trip to Europe with his parents. While on the trip, he documented his experience as well as views on the back of postcards and in 1969, visited relatives in Norway.

Following his 18th birthday, he once again visited Europe, all the while keeping journals. And while a student at the University of Washington, he started teaching travel classes through The Experimental College while working as a guide in the summer and as a piano teacher.

And in 1979 Rick Steves released the first edition of Europe Through the Back Door (ETBD), based on his travel classes. He eventually opened a storefront business that did travel consulting, organized a few group tours per year, held travel classes as well as taught piano.

His TV show Travels in Europe With Rick Steves debuted in April 1991and ran until its production ended in 1998. He has been hosting Rick Steves' Europe since September 2000. As of 2019, the show has accounted for 10 seasons.

He also co-authored Europe 101: History and Art for Travelers, written Postcards from Europe, Travel as a Political Act, and published numerous travel guides.

Currently, he writes and co-produces his TV programs through his production company Back Door Productions. He has launched the weekly radio show Travel with Rick Steves and a mobile app Rick Steves' Audio Europe. In 2006 he began working as a newspaper columnist on the Tribune Content Agency column. His net worth is around $15 million while the figure on his annual salary/income is unclear.