Who is Steven Yeun?

Steven Yeun’s birth took place on December 21, 1983, in Seoul, South Korea. His mother June Yeun and father Je Yeun named him Sang-Yeop Yeun at birth. His father, who worked as an architect in South Korea, moved the family to Regina, Saskatchewan, Canada. They later moved to Taylor, Michigan before settling in Troy, Michigan. In Detroit, his parents owned beauty supply stores.

He has a sibling, a younger brother named Brian Yeun. Brian is now a co-owner of a Korean-Mediterranean fusion restaurant in Koreatown, Los Angeles called The Bun Shop. Yeun was educated at Ruth M. Buck Elementary School. He joined Troy High School, graduating in 2001. He went on to attend Kalamazoo College, graduating in 2005 with a bachelor's degree in psychology with a concentration in neuroscience.

His ethnicity is South Korean.

Steven Yeun married his photographer girlfriend Joana Pak on 3 December 2016 after years of dating. With his wife, he has two children- a son named Jude Malcolm Yeun (born March 17, 2017), and a daughter who was born on April 30th, 2019. The couple seems to be happy together without any rumors of divorce. Steven Yeun developed an interest in acting and improv during in freshman year at Kalamazoo College. Although rejected a first, he eventually joined the college's improv group Monkapult during his sophomore year. He gradually told his parents that he planned to pursue a career as an actor instead of joining law school or medical school. His parents, who were unhappy with his decision gave him two years to pursue acting.

So soon after graduating in 2005, Yeun moved to Chicago where he lived with his brother. His early roles were in the film My Name Is Jerry (2009) and in a 2010 episode of The Big Bang Theory. His breakthrough came swiftly- as Glenn Rhee in the horror drama series The Walking Dead. He portrayed the character for a total of 66 episodes, until 2016. On the set of The Walking Dead, Steven Yeun has worked with Ross Marquand, Cooper Andrews, Nadia Hilker, Cailey Fleming, and Cassady McClincy. 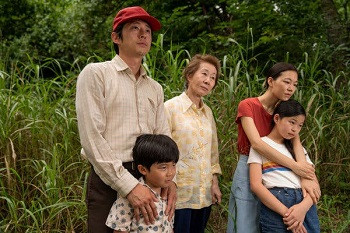 The net worth of Steven Yeun is estimated to be around $5 million while the figure on his annual salary/income is not known.