Who is Susanna Reid?

Susanna Reid is a journalist, reporter by profession, and British by nationality. She received her education from several schools. She joined Croydon High School from 1981-1987 from where she transferred to St Paul's Girls' School 1987-1989.

After she completed school, Susanna joined the University of Bristol where she studied Politics, Philosophy, and Law from 1989-1992. She then went on to take a Postgraduate Diploma in Broadcast Journalism at the Cardiff School of Journalism.

Her ethnicity is Scottish and English.

She dated football boss Steve Parish but broke up in early 2019. Related: Fearne Cotton presenter of Top of the Pops

Reid’s career began at BBC Radio Bristol. She was then given an opportunity to work as a reporter and a producer for Radio 5 Live, which she gladly took. In 1998, she became a reporter for Breakfast News.

As her career thrived, she became a regular presenter in 2003 for BBC Breakfast and worked there till 2012. In the year 2010, she also began to present Sunday Morning Live on BBC.

In February 2014, she was offered £1 million in salary by ITV to present their new breakfast program Good Morning Britain, which she is currently presenting with Ben Shephard and Piers Morgan. In addition to being a wonderful presenter, Reid is also a born dancer. In 2011, she danced for Children in Need Special and secured the second position along with dance partner Robin Windsor.

Again in 2013, on the 11th series of the dance show, Strictly Come Dancing Reid participated with Kevin Clifton as her partner. She and Kevin were placed in the 2nd position in December of 2013. Ried has a heart of gold. She has tried and helped those in need even before her career was successful. In 1998, she worked for 3 months for a charity in Sri Lanka as a voluntary media consultant giving counseling to victims of the civil war. The charity also manages orphanages and social development programs.

She is also a charity worker contributing to Media Trust and has even hosted events for Myotubular Trust and Voluntary Arts England. On 22 April 2012 Reid ran the London Marathon in just 5 hours, raising money for Sports Relief.

Her net worth and annual salary are around $10 million and $1 million respectively. 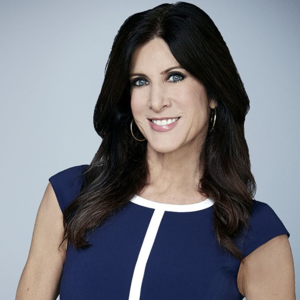