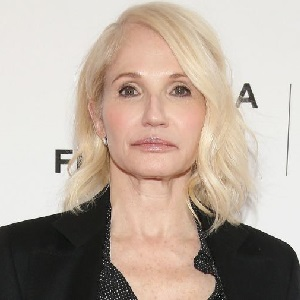 Who is Ellen Barkin?

Ellen Barkin is an actress, producer by profession, and American by nationality. She is best known for her work in films Diner, Tender Mercies, The Adventures of Buckaroo Banzai Across the 8th Dimension,  The Big Easy,  Johnny Handsome,  Sea of Love, and the TV series Animal Kingdom. She is not the only child of her parents and has a sibling- a brother named George Barkin, who is a producer.

Both were raised in Flushing, NY where Ellen Barkin attended Parsons Junior High School. She graduated from the High School of Performing Arts. For higher studies, she enrolled at Hunter College and double majored in history and drama.

Barkin married her longtime boyfriend Gabriel Byrne on 18 September 1988. She and her husband welcomed two children together. Their son Jack Daniel Byrne was born in 1989 and their daughter Romy Marion Byrne was born on 18 November 1992.

But their marriage did not last and the couple separated in 1993 followed by divorce in 1999. According to New York magazine, their divorce was a messy one and Ellen Barkin did not receive "not one penny more" than $20 million.

Barkin went on to marry multi-billionaire and businessman Ronald Perelman on 28 June 2000. Her ex-husband Gabriel Byrne also attended the wedding.

But this marriage too did not last and they divorced on 14 February 2006, without any children together. She is also known to have dated Sam Levinson, actor, screenwriter, and director. Barkin at one time wanted to teach ancient history but her determination to become an actress drove all through tough times. Although she started her professional career in 1978 in an uncredited role in the film Up in Smoke, she did not land a proper role for the next few years.

Finally, in 1982, she landed the role of Beth Schreiber in the film Diner, which is considered her breakthrough role. Soon after, Ellen Barkin began to land regular roles in both films and TV series.

In over 40 years of her career, Ellen Barkin has appeared in over 50 films and over 15 TV series. Comedian Louis C.K. had made jokes about the Stoneman Douglas High School shooting which occurred on February 14, 2018. In response, Ellen Barkin tweeted "I hope Louis C.K. gets raped" followed by another tweet adding "and shot at".

Her tweets were highly criticized and were claimed to be "insensitive" and "disrespectful" to rape victims. She subsequently deleted her tweets.

When rapper T.I. revealed in November 2019 that he gets his 18-year daughter Deyjah's hymen checked each year Barkin went on to tweet  "After 6 months of vaginal sex...my Hyman broke."

Barkin’s net worth is estimated to be $80 Million while there have been no estimates on her salary.