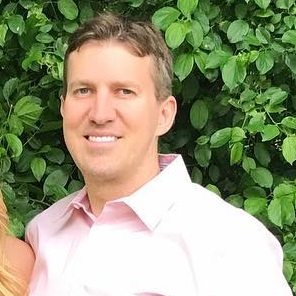 Who is Thomas Vonn?

Thomas Vonn is an alpine technical director, former alpine ski racer by profession, and American by nationality. He was a member of the U.S. Ski Team and was married to fellow ski racer Lindsey Vonn.

Thomas Vonn’s birth took place on December 3, 1975, in Newburgh, New York City, USA. He was born to his mother Inger Vonn and his father Peter Vonn. He is not the only child of his parents and has a sibling, a younger brother named Christian Vonn. Thomas Vonn with his father, and younger brother (Image: Instagram)

After graduating from Northwood School in 1994, Thomas Vonn attended St. Lawrence University. He completed his education there in 2001.

Thomas Vonn married his longtime girlfriend Lindsey Vonn (née Kildow) on September 29, 2007, at Silver Lake Lodge in Deer Valley, Utah. But just a couple of years into their marriage, he and his wife filed for divorce in November 2011. The divorce was finalized on January 9, 2013.

Vonn went on to date Shauna Kane soon after. The couple welcomed their child together- son Henrik Vonn on February 21, 2018. They are yet to announce the news of engagement or wedding. Their second child, son Lars Vonn, was born on January 8, 2020, and their third child, a daughter named Anna Marie Vonnwas born on September 7, 2021.

His ex-wife, Lindsey Vonn went on to date golfer Tiger Woods from 2013 to 2015. She is currently engaged to NHL player P.K. Subban. He had proposed to her in August 2019 while she proposed to him over Christmas of the same year. Voon began his career in ski racing as a giant slalom racer. He was a member of the U.S. Ski Team and competed in the Super-G at the 2002 Winter Olympics. He completed in the ninth position.

Since retiring from professional ski racing, Thomas Vonn has worked as a coach. He also coached then-wife Lindsey Vonn at the 2010 Winter Olympics in Vancouver, where she won a gold medal. In early 2015 he also coached Caymanian alpine ski racer, Dean Travers.

In May 2018 it was announced by NYSEF Snowsports and Northwood School that Thomas Vonn has been chosen as alpine technical director. The figure on Thomas Vonn’s net worth and annual salary is under review and will be updated in the near future.