Candice Bergen is a new grandmother!

On Wednesday, Bergen’s only child - daughter Chloe Malle, announced on Instagram that she and husband Graham McGrath Albert welcomed a baby boy on May 19. 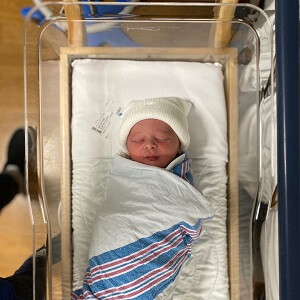 The new mother shared a series of snaps of her son, who is named Arthur Louis Albert, with the caption, “A week into the world and still observing strict shelter in place orders.”

Malle is a Vogue contributor married Albert in 2015 in Southwestern France. The new grandmother, 74 also shared a picture on Instagram of her heavily pregnant daughter just a week prior and it, “The Wait.” Chloe Malle’s father is the late acclaimed French film director Louis Malle.