Who is Brad Keselowski?

Brad Keselowski is a stock car racing driver by profession and American by nationality. He is currently a member of Team Penske and competes full-time in the Monster Energy NASCAR Cup Series and NASCAR Xfinity Series.

He is not the only child of his parents and has four siblings- brother Brian Keselowski and sisters Ginger Hoffman, Dawn Nicholas, and Kathy Samborski. Like most of his family members, his brother too is a racer. For education, Brad Keselowski was educated at Rochester High School. His ethnicity is Polish.

Brad Keselowski announced his engagement to his longtime girlfriend Paige White on December 11, 2016. The couple married on February 11, 2017. He and his wife welcomed daughter Scarlett Keselowski on May 20, 2015. They announced the pregnancy on February 4, 2015.

The birth of their second daughter, Autumn Keselowski, was announced in December 2019.

Keselowski and White seem to be happy together and are living without rumors of extra-marital affairs and divorce. Brad Keselowski, Paige White with their daughter in 2018 (Instagram)

Growing up Brad Keselowski worked at his father's race shop where he mowed the grass, and swept and mopped the floors. He began his professional career in 2000, racing stock cars in the Factory Stock division, and in 2004 began his NASCAR career.

In 2005 Brad Keselowski began competing in the Truck Series full-time and finished seventh in the Florida Dodge Dealers 250. With hard work and determination, his breakout years came in 2007-2009. During this time he raced in the 2007 Truck Series season, and 2009 Nationwide Series and won a Sprint Cup. His net worth is estimated to be over $45 million while his salary was reported to be $11.4 by Forbes.

On social media, Brad Keselowski is active on Twitter with over 759k followers, on Facebook with more than 181k followers, and over 66.6k followers on Instagram. 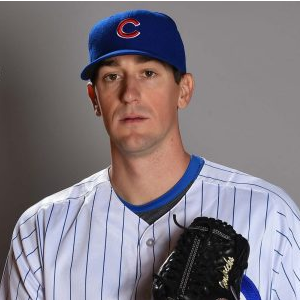