Who is Spencer Garrett?

Born to a family of actors, Spencer Garrett also took up acting. Active as an actor since 1989, Garrett has starred in over three dozen of movies and series, mostly in supporting roles. Among all, he is best known for his roles in Yes Man, 21, Air Force One, Thank You for Smoking, Public Enemies, and Transformers: Revenge of the Fallen.

Spencer Garrett was born Spencer Garrett Heckenkamp. His birthdate is September 19, 1963, and his birthplace is in Los Angeles, California, U.S.A. His parents are Emmy-nominated actress Kathleen Nolan and Richard Heckenkamp, a founder of Film Artists Associates, a talent agency. He is the only child of his parents and does not have any siblings. Garrett was raised in New York and Los Angeles. For his education, he enrolled at Duke University and Fordham University. In the latter, Spencer Garrett graduated with a Bachelor’s degree in Arts. After graduating, he embarked on theatrical studies with renowned teacher Sanford Meisner.

Spencer Garrett first met CNN journalist Dana Bash in 2013. He was out shopping with entrepreneur Susanna Quinn when he asked if she knew any single women. Quinn then introduced Garrett to Dana Bash.

The couple started dating and Garrett has been in a relationship with his girlfriend Bash ever since. As of now, the couple has not announced engagement, marriage, or pregnancies.

Bash has been married twice before but both marriages ended in divorce. Her first husband is Jeremy Bash, CIA And Defense Department Chief of Staff, and was married to him from 1998 to 2007.

Her second husband is John King, a fellow CNN anchor, whom she married in 2008. King has a son with his ex-wife Bash named Jonah Frank. They divorced in 2012. Spencer Garrett's upcoming movies Once Upon a Time in Hollywood and Fair and Balanced in which he plays Allen Kincade and Sean Hannity respectively are to be released in 2019.

On the set of Once Upon a Time in Hollywood, Garrett has worked with Dakota Fanning, Margaret Qualley, Luke Perry, Julia Butters, Timothy Olyphant. His net worth has been estimated at around $15 million while the figure on his annual salary has not been shared with the public. 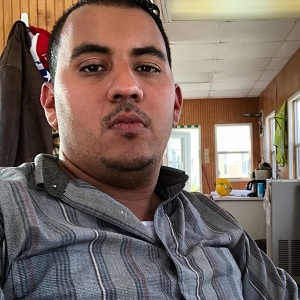