Dancing with the Stars pro Cheryl Burke is off the market! The professional dancer married her longtime boyfriend Matthew Lawrence, an actor married on 23 May 2019 at the Fairmont Grand del Mar in San Diego.

Burke, 35, and Lawrence, 39 had first met during the 2006 "Dancing With the Stars" season. They were in a relationship before calling it quits. And nine years later their paths crossed again and the couple reunited in 2017. Lawrence had proposed to Burke in May 2018 at the Montage Laguna Beach with the diamond her late father gave to her mother.

The new bride had told the People,

"Matt brings out the best in me. He enjoys every moment and that helps me appreciate life even more." 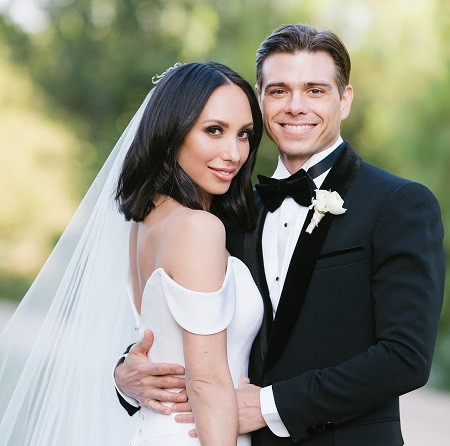 Cheryl Burke had been sharing photos all week long from her pre-wedding events including a picture with the banner “Future Mrs”. And just a week before the wedding she had shared a picture of young herself as a flower girl.

Looks like parenting in just in the cards for the newlyweds as Burke shared her ideas to have kids, Cheryl Burke’s birth took place on May 3, 1984, in San Francisco, California, USA. She was born as Cheryl Stephanie Burke to mother Sherri Bautista Burke and father Stephen Louis Burke. She is the only child of her parents but has half-siblings and step-siblings from her parent's relationships...Full Bio